Artificial Intelligence: a bet into the future 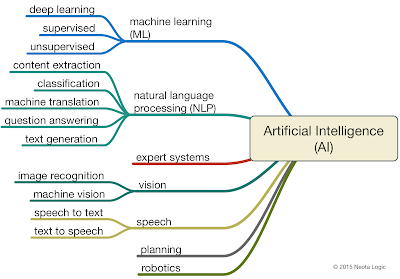 “Everything we love about civilization is a product of intelligence, so amplifying our human intelligence with artificial intelligence has the potential of helping civilization flourish like never before – as long as we manage to keep the technology beneficial.“

I chose this phrase of  Max Tegmark, President of the Future of Life Institute, to begin this short Post of mine.

The artificial intelligence is now at the beginning of its exponential growth. Its pervasiveness requires that its potential should be known by everybody, and that its use should be governed by ethical laws.
What AI technology basically is? AI was founded on the claim that it is possible to create technology that allows computers and machines to function in an intelligent manner by simulating or creating new intelligence.

Despite that simple definition there is no established paradigm that guides AI research and scientists disagree even today about if AI should simulate natural intelligence or to take different paths.
One of the most accepted approach is that of dividing AI into three main chapters: computational psychology, computational philosophy and computer science, where computational psychology is used to make computer programs that mimic human behavior, computational philosophy is used to develop an adaptive, free-flowing computer mind and computer science serves the goal of creating computers that can perform tasks that only people could previously accomplish.